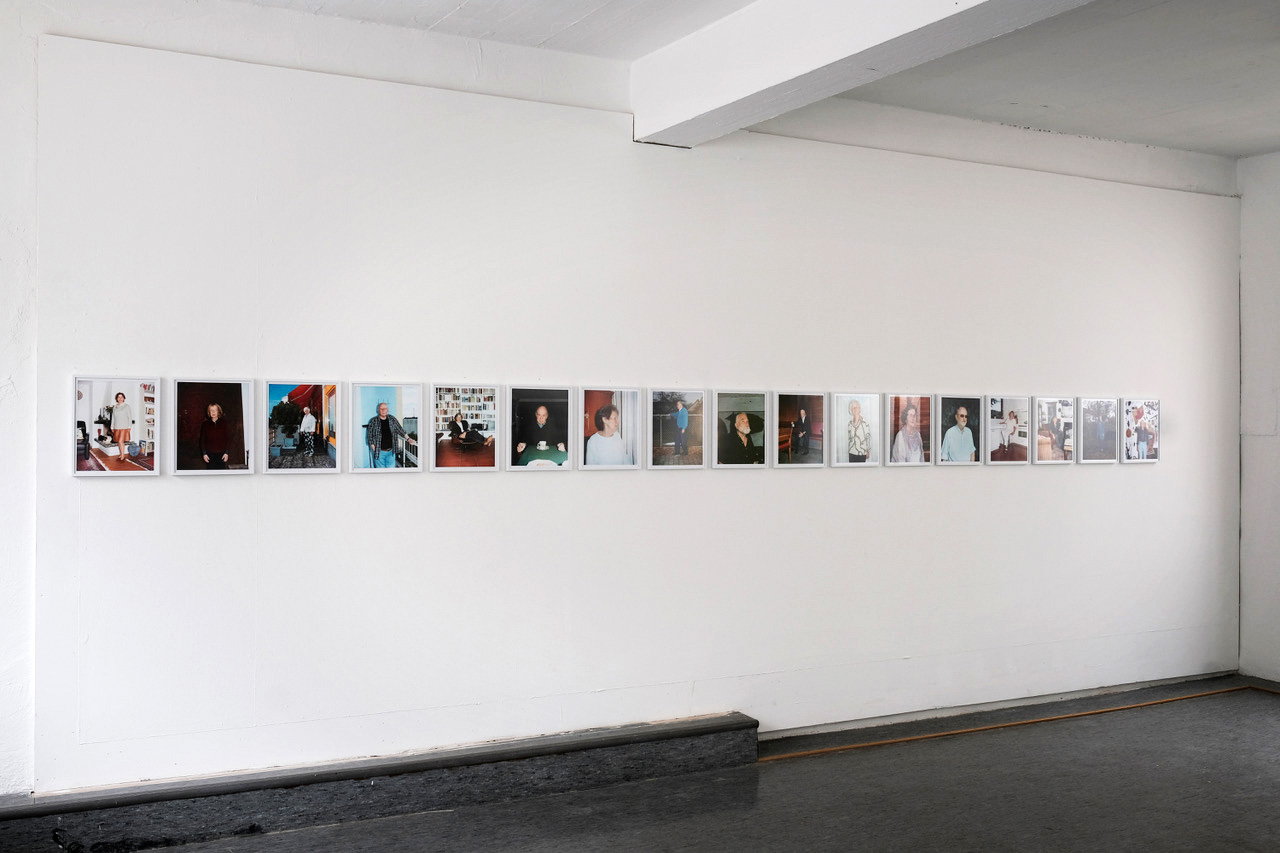 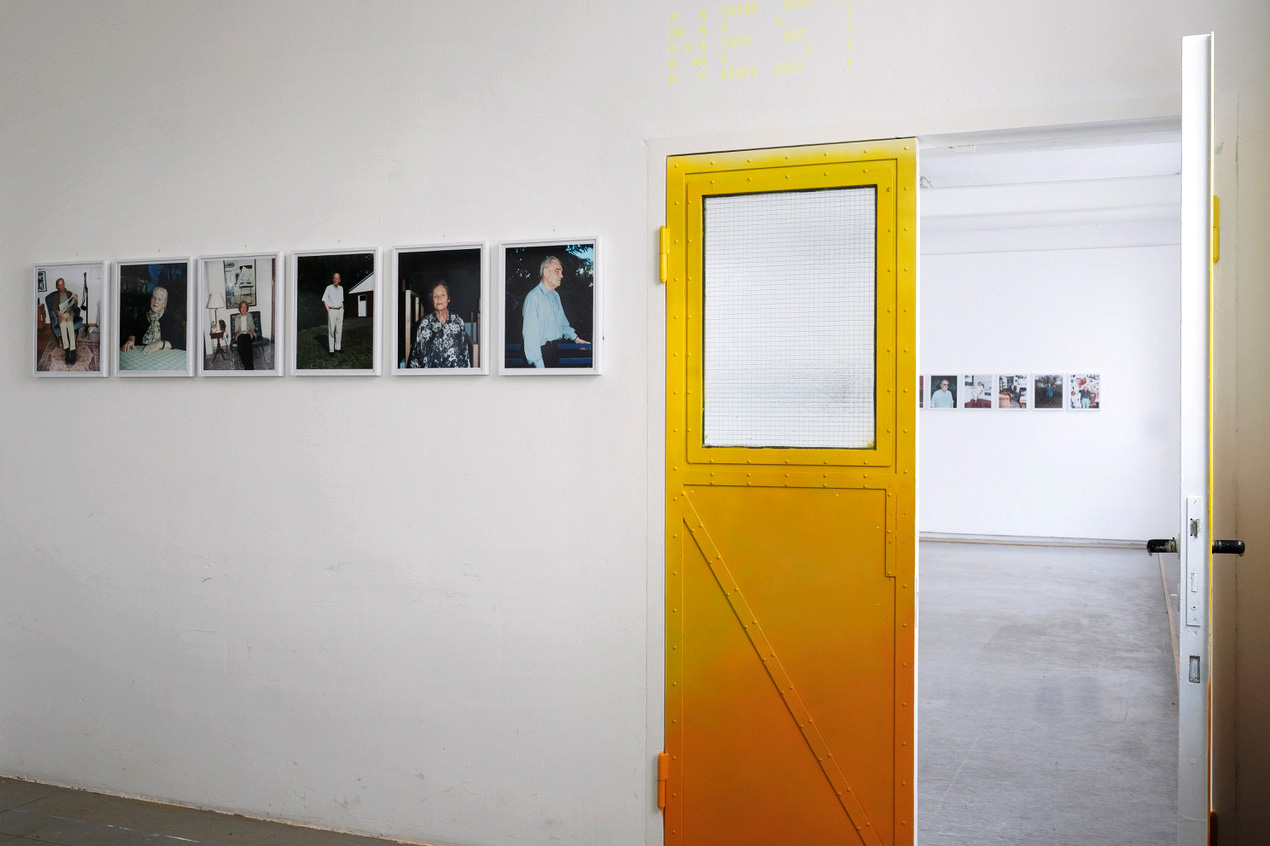 When one reads or hears the term “Kriegskind” (“child of war”), a plethora of images is inevitably conjured up in one’s mind. A boy who drowned while fleeing from Syria, his dead body on the beach, fleeing Yugoslavian mothers and their children or Congolese child soldiers. Probably the most familiar photograph that comes to mind is the one showing five children and soldiers running down a road in Vietnam in 1973. The naked girl in the centre of the image has etched itself into our collective visual memory just as the napalm has etched itself into this child’s skin.
The photographer Frederike Helwig (*68) is interested in another type of injury, another form of scar — the children she depicts are hidden within the aging skin of women and men who were born between 1934 and 1942. In Germany (or “Greater Germany”), in the epicentre of the Second World War, at a time when no one was left unharmed.
This is also the generation of Helwig’s parents as well as of the mothers and fathers of almost all of her friends with whom she grew up in Germany. One encounters in these portraits exhibited here a group of elderly people who, rather than simply their age, primarily share the experience of having grown up in a family and society shaped by the Nazi dictatorship and its ideologies. Having grown up in an armed conflict turned into an inner struggle, the “Kriegskinder” were free of guilt and often had an unburdened childhood; yet the adults around them were people who, directly or indirectly, were confronted with the collective guilt of so many war crimes. The responsibility for one’s part in a criminal dictatorship as had existed in Germany was difficult to address and to analyse and, as a result, was hardly worked through. In the speechlessness of the post-war years, a silence arose between parents and children, a concealment and emotional hurdle, that was also palpable for the next generation, those born in the 1960s. That Frederike Helwig, after 20 years in London, has turned to this major (German) topic shows her social commitment, in an effort also to help create a more open world for her children.
Alexandra Senfft writes in the foreword to Frederike’s book Kriegskinder:
“What is not brought to light and engaged with individually and within the family finds its way into society and politics: Pegida (Patriotic Europeans Against the Islamization of the West) or the AfD (Alternative for Germany) are certainly expressions of transgenerational transmission, too… Motivated by the idea to embark on a conversation about this most gruesome chapter of German history, Frederike Helwig and Anne Waak (interviews) visited 44 people. Everyone portrayed had the courage to face the camera and to tell his or her story…. The viewer is asked to read between the lines…to reflect on her own family history. The point is to talk to one another and to recognize the destructive consequences of fascist systems, racism, hate and war; the point is not to accuse or denounce.” 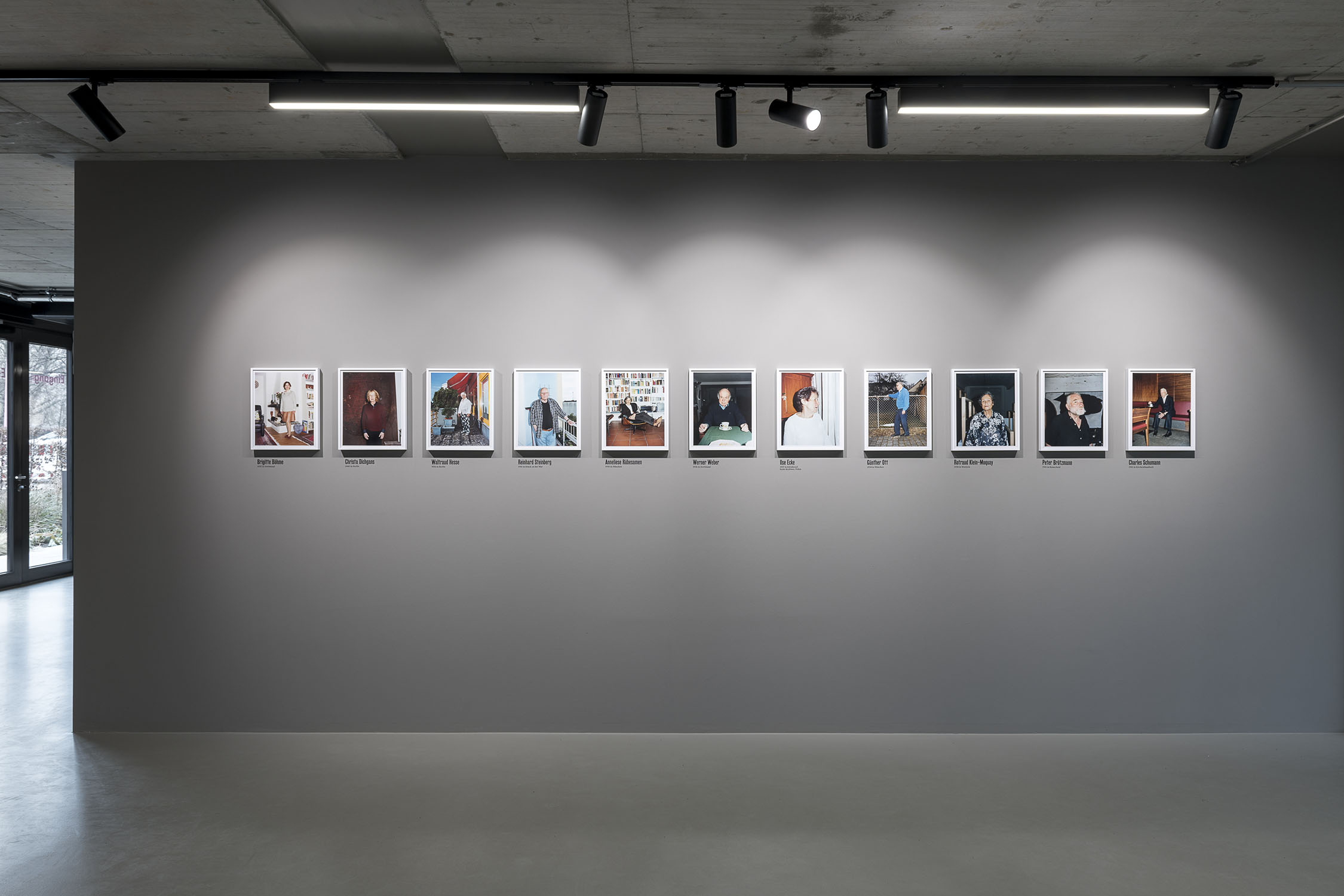 Kriegskinder unearths the memories of those born in the time of National Socialism in Germany, understanding the experience of the Second World War from a child’s perspective. The project, by photographer Frederike Helwig, is a portrait of a generation whose memories will soon disappear with them. Portraits of the “Kriegskinder” are contrasted with narratives of their childhood experiences. The project explores who they are today and how those early experiences have shaped them and thus their country. Through personal portrayals, it looks more widely at how the past influences the present, and emphasizes an importance in opening up a dialogue between generations. This is fundamental to our understanding of the world today.

"Only through critical self-reflection can we come to understand the long-term impact and prevent further suffering and injustice. Dialogue means doing something for ourselves, for our families, and our society; it means opposing the inhumanity of the National Socialists with something deeply human. It is time to mourn together—to mourn what the National Socialists did to their victims, to survivors as well as to their offspring, and, in the end, to mourn what they did —even if altogether incomparably—to their own children and grandchildren." 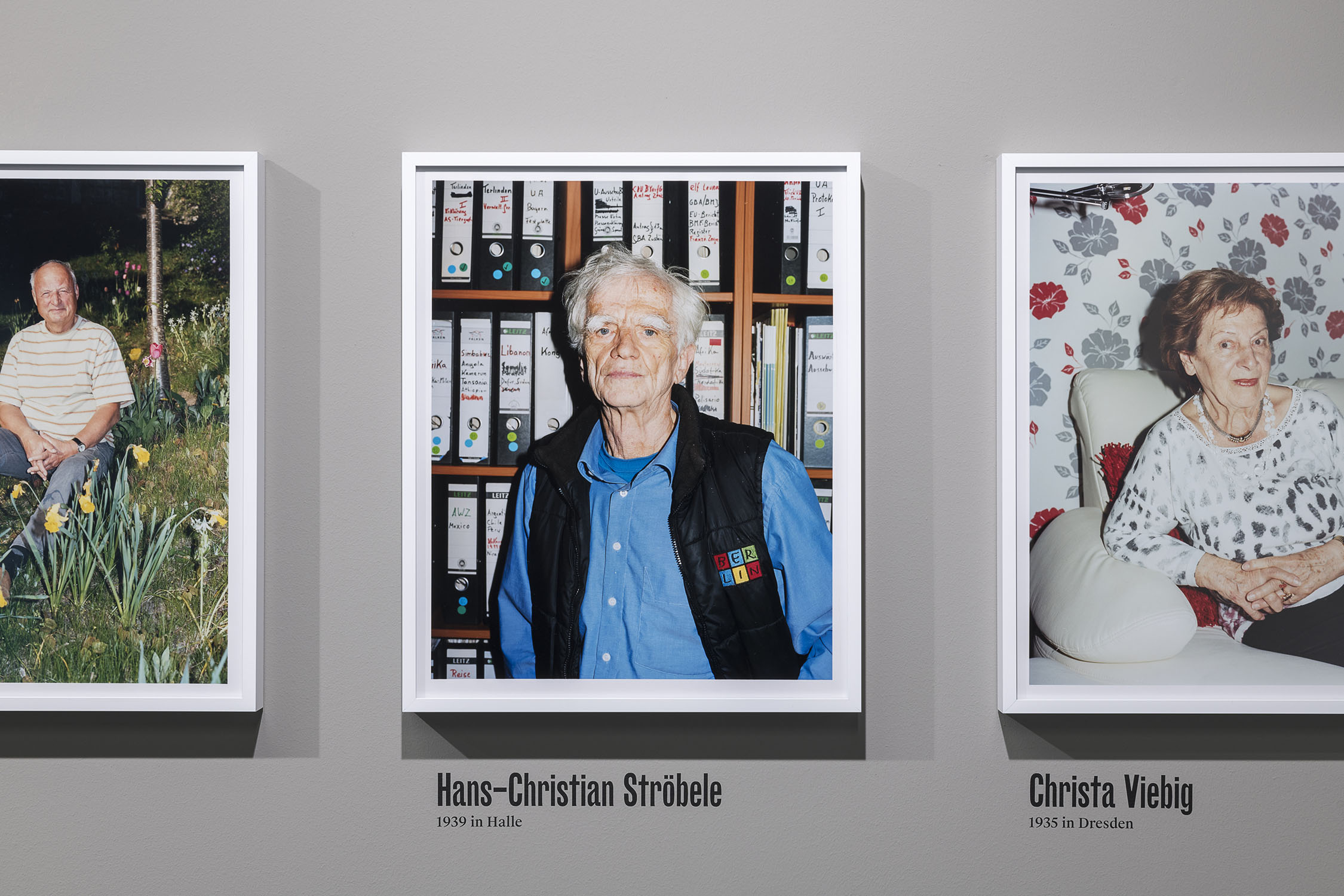 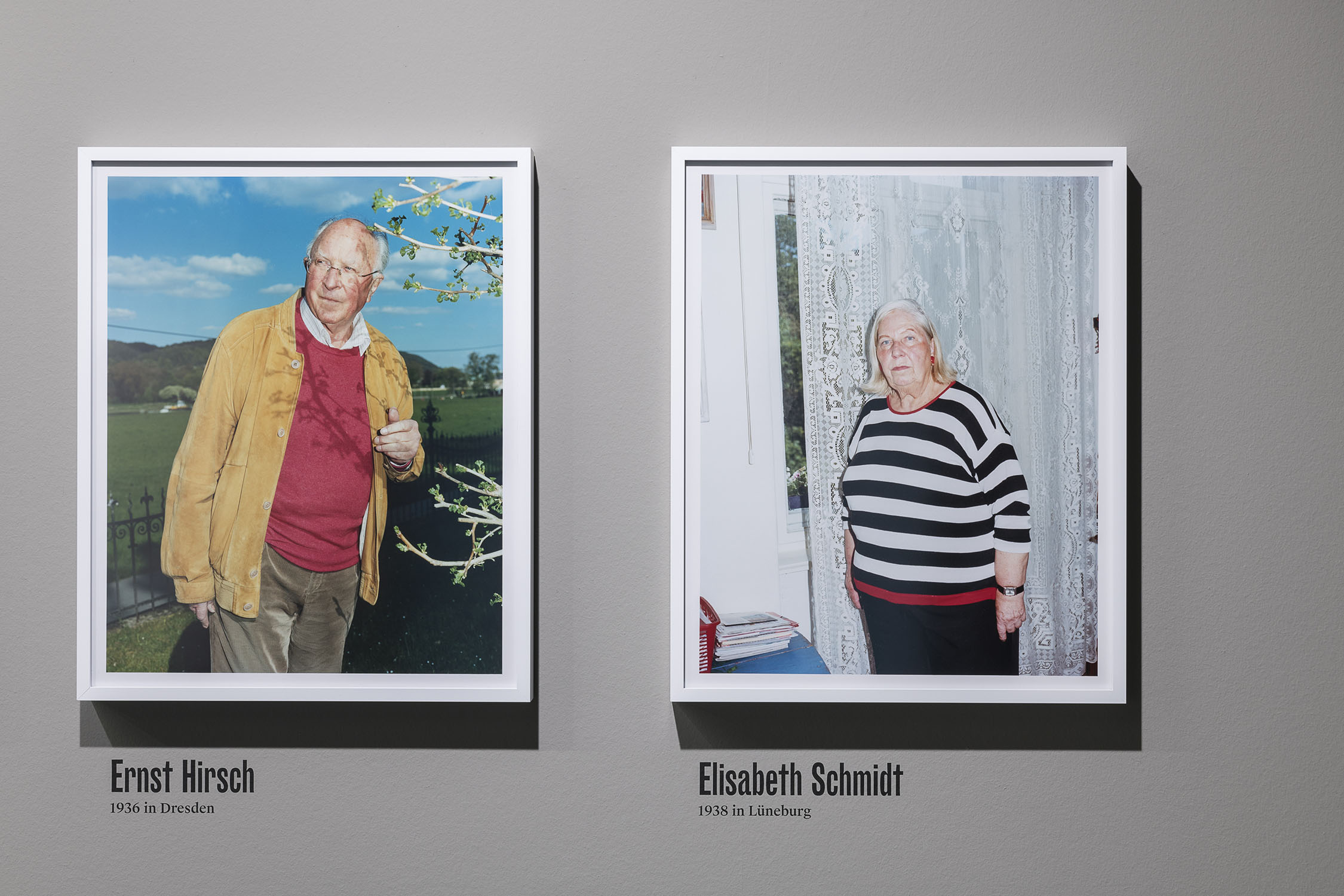 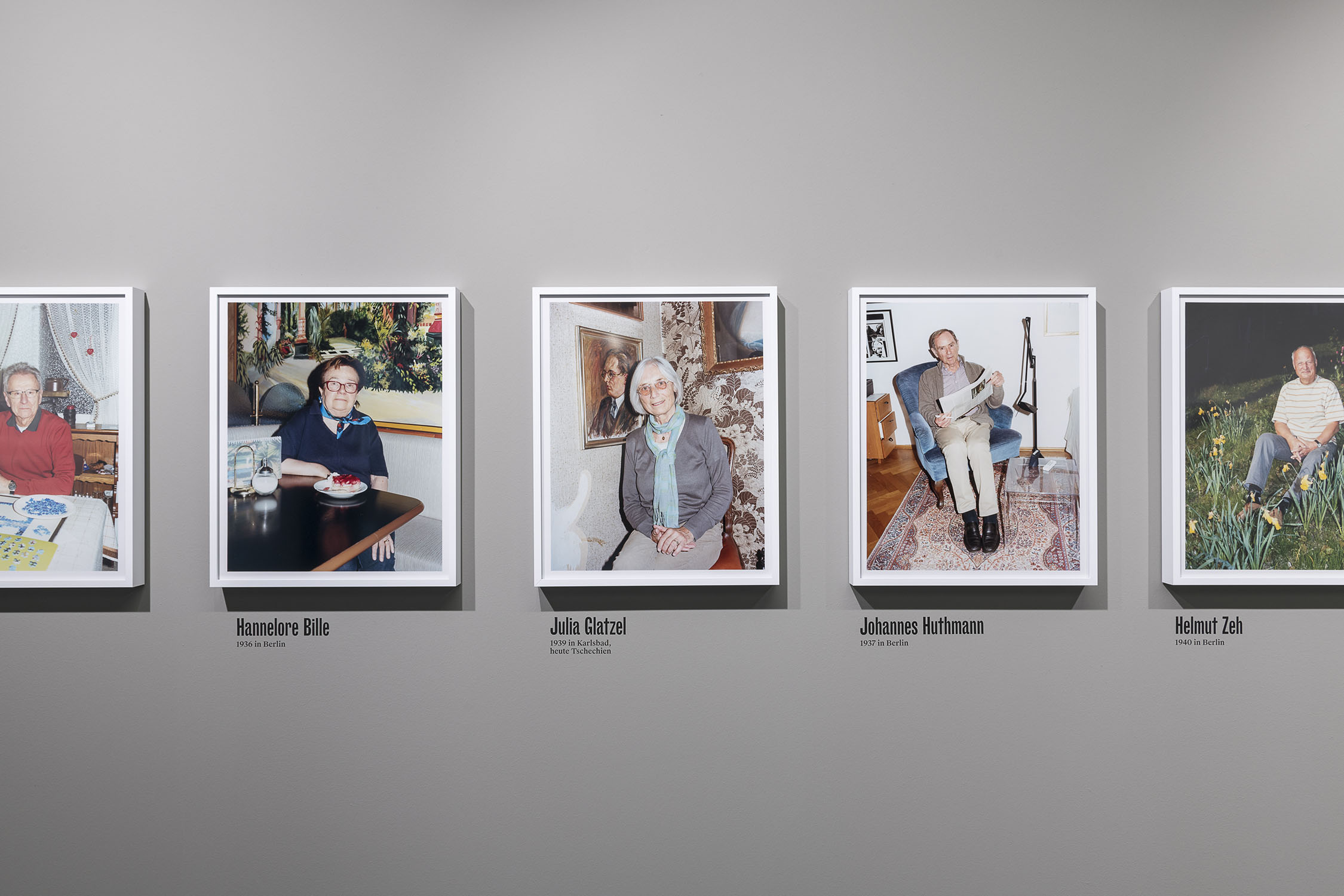 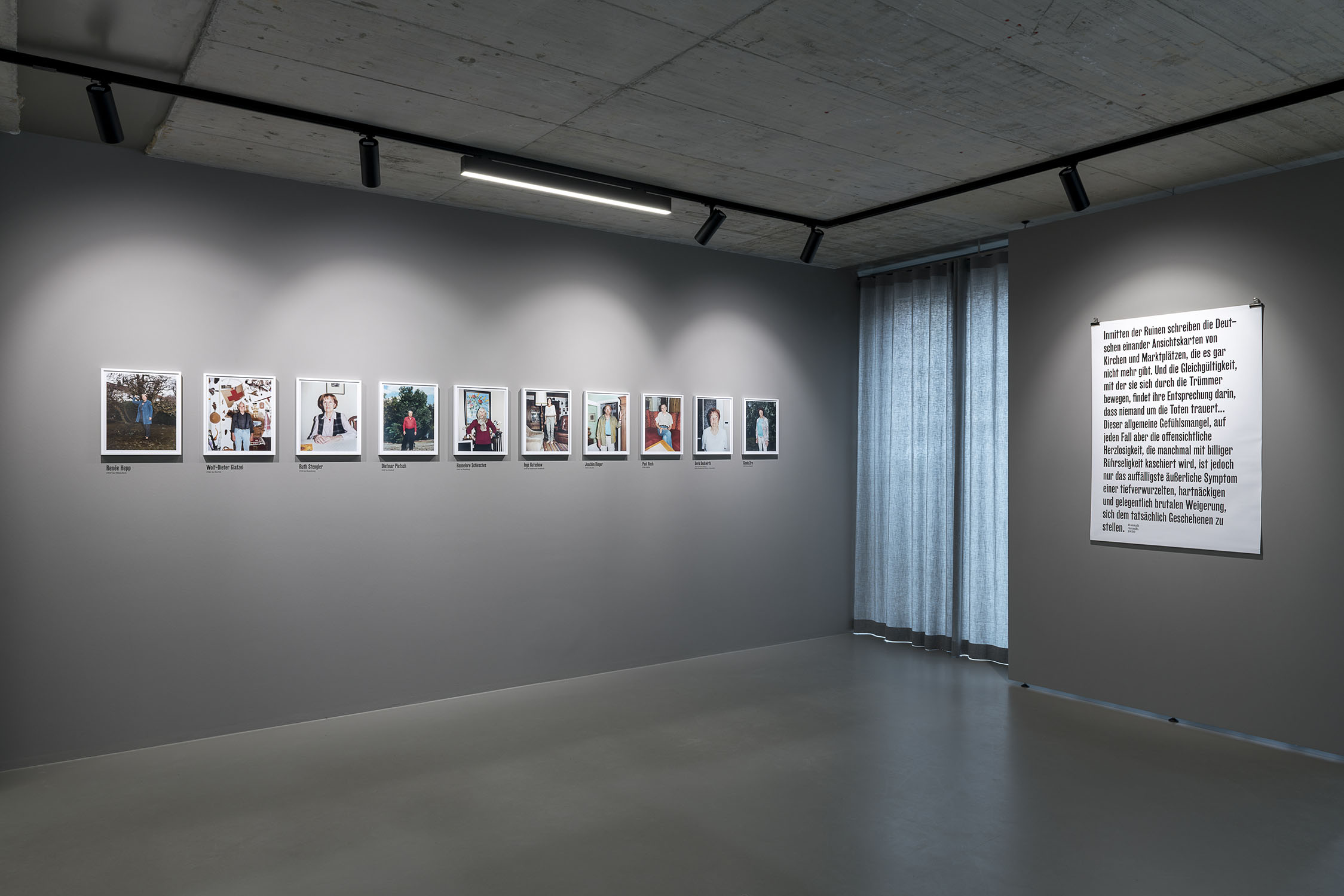 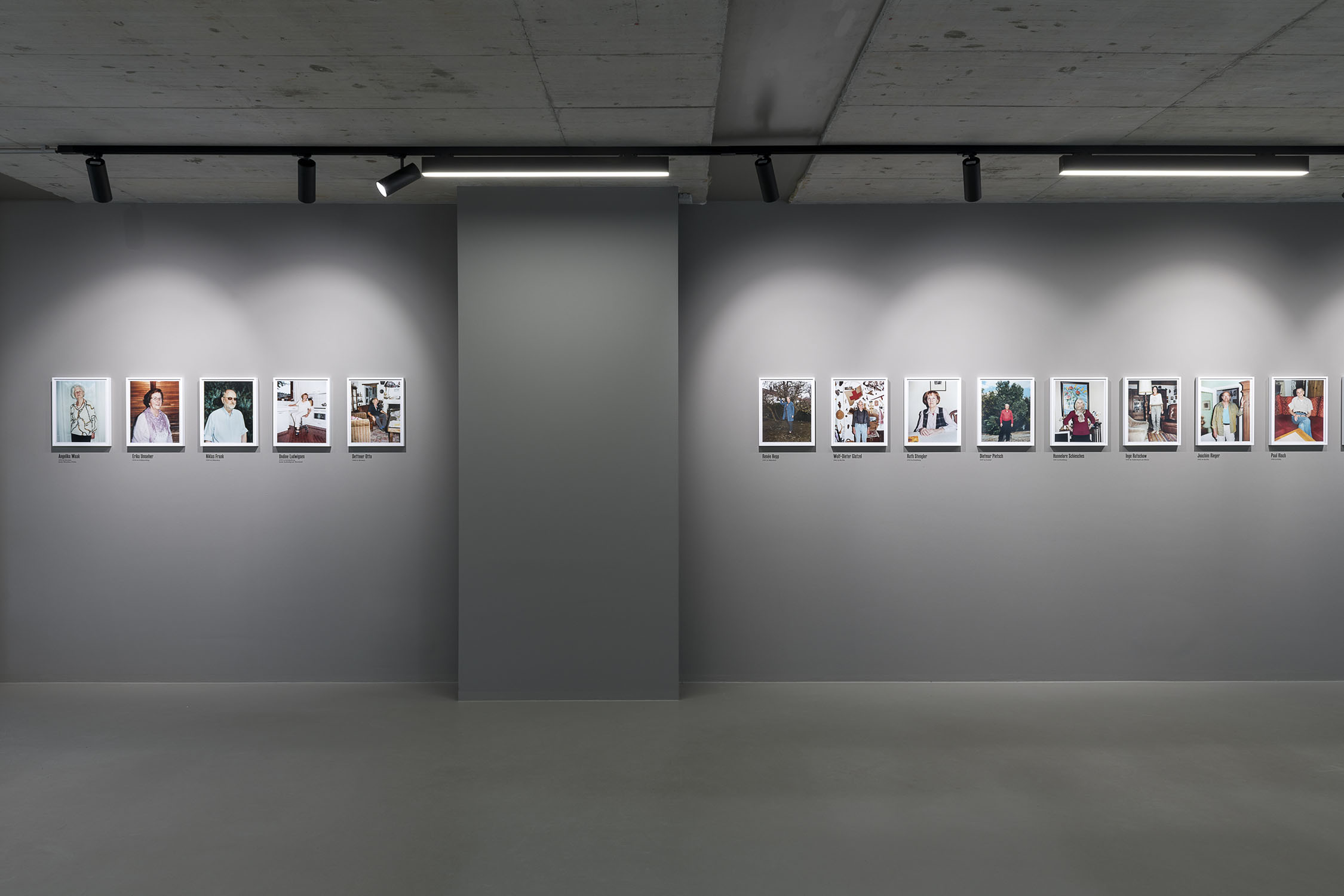